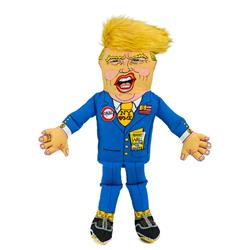 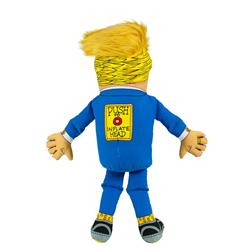 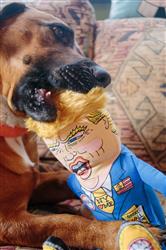 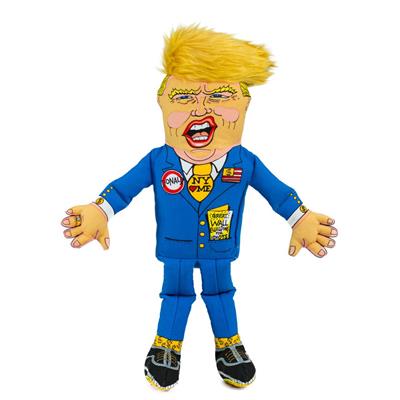 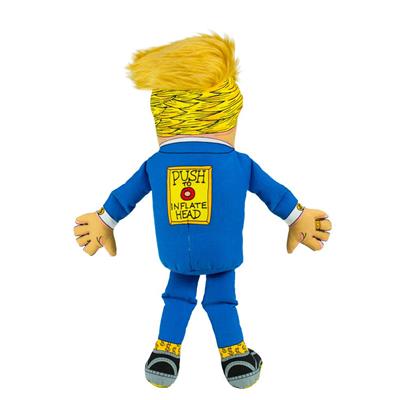 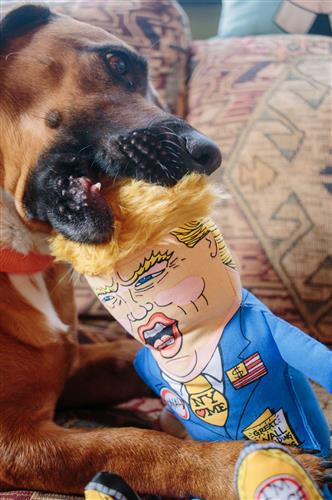 A photo opportunity "begging" to happen!

Our 17” Donald dog toy is stylin' with a golden tan and quaffed plush hair and features floppy arms and legs for vigorous shakin' possibities. Just what dogs love!

We’ve added fortified seams by triple-stitching where the arms and legs are attached to the body. The toys also feature a bottom gusset and top-stitching at the elbows and knees for easy sitting and strategic posing. A squeaker is included for good measure.

His well-heeled foot will inevitably end up in dog's mouth!